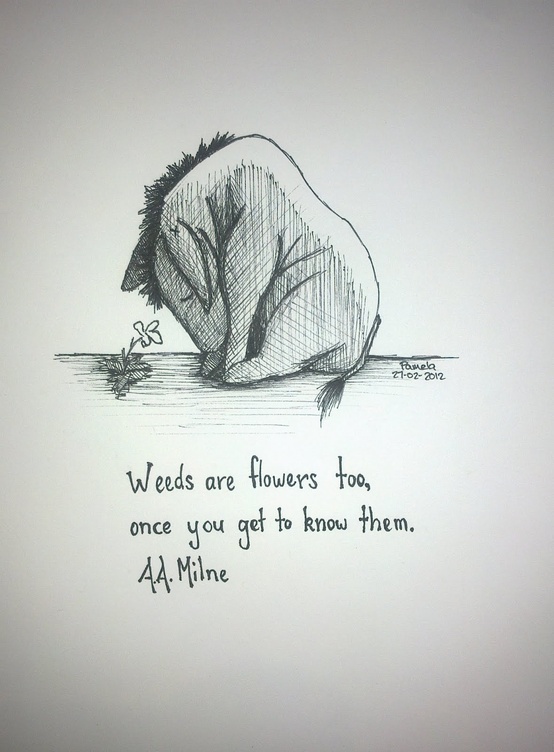 In yoga, ahimsa or non-judgement, refers to the state of living in loving kindness toward all beings including ourselves.   And yet, sometimes it’s the hardest thing to do.  Let’s face it extending compassion in every situation — particularly conflict — can be hard. Why dispense love to the guy who cut you off in line when you don’t owe him anything?  Because you owe it to yourself to find the love and beauty everywhere.

As A.A. Milne — Winnie the Pooh author — once said, weeds are flowers too once you get to know them. You never know who’s going to come into your life and present you the opportunity to find love.  In fact, sometimes the universe sends us challenging people and situations for just that reason.

The recent story of Amanda Todd is an unfortunate reminder that the world is far from peace, and our children are enduring a kind of suffering never seen before. Unfortunately, bullying is a universal experience. From schoolyard bully to workplace … END_OF_DOCUMENT_TOKEN_TO_BE_REPLACED

Many yogis believe that ahimsa or ‘non-harming’ equates with a strict vegetarian lifestyle.  And, yet there are dedicated yogis who have reconciled meat-eating with ahimsa.  If you’ve read the Bhagavad Gita, you know that while Krishna’s life is not completely devoid of violence, he is the living example of ahimsa.  Swami Mungalmurti Saraswati from the Bihar School of Yoga once stated,

“The crux of the matter, however, is that ahimsa does not mean ‘non-violence or ‘non-killing’. A means ‘not’ and himsa more truly means ‘hatred’ or ‘revengeful attitude’. Ahimsa has long been misunderstood and misinterpreted. It does not mean one should never kill, but that one should do what one must do free from the attitude of vengeance, without spite or vindictiveness.”

Robert Wolf, a yogi, writer and world traveler, has an interesting perspective on what he learned about ahimsa from being a vegetarian and then a non-vegetarian.

Soon after I first got my asana into gear, more than a decade ago, I began to experiment with vegetarianism. It was what the ancient masters advocated, right? They must have known what they were doing. I was on a fast-track to a healthier, more ecologically sound, more ‘spirichal’ future; all I had to do was stop eating bacon and I was practically enlightened.

For me, at least, it didn’t quite work out like that. I tussled with tofu for four unsatisfying, low-energy, food-obsessed years before I finally threw in the towel and scoffed a cold sausage from my parents’ fridge.  After that, my animal-eschewing days were well and truly over.

I’m still dedicated to my asana practice, though. So how do I reconcile plowing through prime rib and chomping chicken with the principle of ahimsa, refraining from harm? Do I just ignore that particular practice and cross my fingers that no-one will notice, or is it possible that ahimsa can incorporate my fondness for kingfish?  Read Robert’s story, “What I’ve learned about non-violence from eating animals.”

There is much controversy about the idea of ahimsa as it relates to eating, even among leaders in the yoga community.  I tend to vacillate between conflicted and confused as my physical body tends to respond better and is healthier when I incorporate some animal protein such as fish or chicken.   So the ahimsa work for me, lies in the acceptance and ownership of my choices without self-inflicted harm in the form of judgement, guilt or acts of self punishment.

What are your thoughts on meat eating and non-violence?

With all of the controversy and distortion about yoga in the media lately, I thought I’d take us back to the basics — before ridiculous sex scandals and unfounded sensationalized books — to 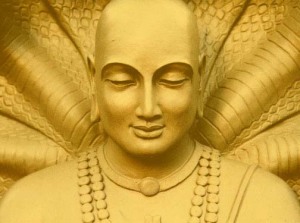 examine the foundational text of Raja Yoga, The Yoga Sūtras.  Raja yoga which includes asana (poses),  focuses on transcending the mind through meditation.  in fact, Patanjali refers to yoga as “the settling of mind into silence.”  P.S. asana helps set the body up for meditation.

While Patañjali was not the first to write about yoga, his sutras have become an authority text along with the Bhagavad Gita and Upanishads (which make up the sanskrit Hindu epic, the Mahabharata).  The yoga sutras are aphorisms that outline the art, science, and practice of yoga and meditation.  Yoga means union or join — the uniting our ourselves that isn’t actually separate — and sutra means thread.

The yoga sutras are referred to as the eight limbs or eight fold path of yoga because the path is not necessarily sequential as one can be practicing many concurrently.  The first limb of yoga are the yamas, or laws of life (sometimes referred to as restraints).  They can be thought of as the universal moral code for living.  END_OF_DOCUMENT_TOKEN_TO_BE_REPLACED

Hi! I'm Lisa, aka "A Charmed Yogi." I am a passionate and devoted yogi & yoga teacher, dog lover, daughter, sister, aunt, friend, & blogger. I am a seeker. I am an adult with Cystic Fibrosis. I am perfectly imperfect. I write about yoga, meditation, wellness, laughter, stress management and whatever else strikes me on a given day. Read more about A Charmed Yogi.

Error: Twitter did not respond. Please wait a few minutes and refresh this page.

Get Involved in the Fight Against CF

Make a difference in the lives of the 30,000 Americans living with Cystic Fibrosis. Stay informed, raise awareness & donate today through the Cystic Fibrosis Foundation or The Boomer Esaison Foundation. Want to know what it's like to have CF? Watch this video.