I love this post from Amber of My Crazy Healthy Life blog.  A beautiful story of transformation and a desire to help others embrace their ‘extraordinary-ness’ and live a wholesome life.

“Make your life extraordinary” has been my mantra for the past fourteen years. Somewhere in my late twenties, I realized that regular just doesn’t work for me–I want more out of life. And so began my quest to become extraordinarily healthy. I traded in my running shoes for a yoga mat, stopped eating meat, and learned how to meditate. My new life was anything but regular. It also made me stronger, healthier, and happier than I had ever been before. Read the full post.

Financial budgets are a necessary evil, though the idea may invoke feelings of math-induced panic, they are key in helping us avoid spending beyond our means; creating unnecessary stress. So we know that a fiscal budget is necessary, but why … END_OF_DOCUMENT_TOKEN_TO_BE_REPLACED

Namaste – Your Charmed Yogi Related Posts: An edict on Play-Doh as life The best to-do list ever You’re running your mind ragged

French writer, Milan Kundera once said, “Dogs are our link to paradise. They don’t know evil or jealousy or discontent. To sit with a dog on a hillside on a glorious afternoon is to be back in Eden, where doing … END_OF_DOCUMENT_TOKEN_TO_BE_REPLACED

Whether you have the luxury of a whole room to dedicate to nothing but yoga, or you’re a city dweller with just enough space to lay down a mat, carving out space for your yoga can help set the tone … END_OF_DOCUMENT_TOKEN_TO_BE_REPLACED

So, I couldn’t resist the opportunity to talk about superstition on Friday the 13th.  I happen to love Friday the 13th.  While I no longer enjoy horror movies, when I was a kid, scary movies were my indoctrination into the … END_OF_DOCUMENT_TOKEN_TO_BE_REPLACED

If I told you the world was flat, despite all evidence, you would think I was a bit loopy.  And if I demanded it was flat, becoming agitated with any facts that you presented to prove to me I was … END_OF_DOCUMENT_TOKEN_TO_BE_REPLACED 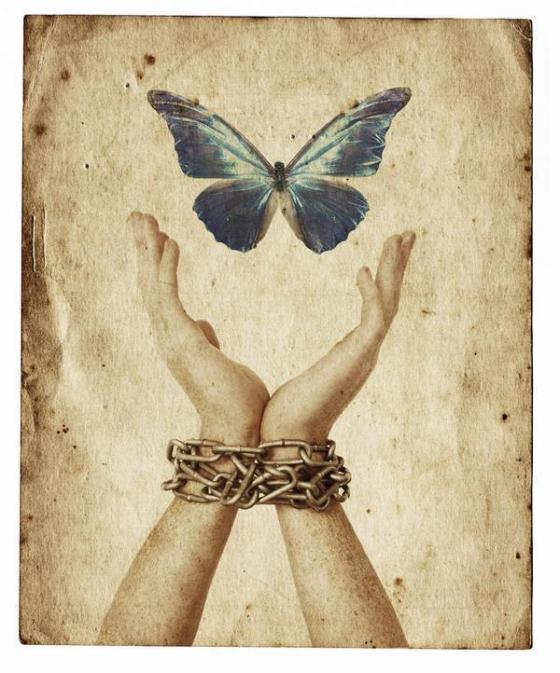 “Freedom is never dear at any price. It is the breath of life. What would a man not pay for living?” – Mahatma Gandhi

My mom used to tell me that you may never know the impact you’ve had on others.  A smile to a stranger,a touch, or just listening to a friend in need may seem trivial

to us, but at the moment it’s given to another, it could be quite grand.

In graduate school we dove into the topic of altruism.  Does it or doesn’t it actually exist?  Some theorists believe it doesn’t exist because the person performing the selfless act may still derive joy or satisfaction from the act of giving.

I recently came upon this argument again and started to think about whether or not I’ve ever truly been altruistic.

I thought about the times I’ve volunteered my time, or given money to charity, or helped out a friend in need.  And they all felt awesome. Dammit.

I thought about how I’ve rescued two (now three) dogs from shelters.  But in truth, I sought out these dogs for companionship.  Dammit again.  So then I thought, you know what?  Who the heck cares where the motivation comes from so long as you’re giving of yourself and receptive to love.

Selfishly give of yourself to others; be someone else’s miracle and enjoy the feeling of an open heart. Then you both feel awesome.

Hi! I'm Lisa, aka "A Charmed Yogi." I am a passionate and devoted yogi & yoga teacher, dog lover, daughter, sister, aunt, friend, & blogger. I am a seeker. I am an adult with Cystic Fibrosis. I am perfectly imperfect. I write about yoga, meditation, wellness, laughter, stress management and whatever else strikes me on a given day. Read more about A Charmed Yogi.

Error: Twitter did not respond. Please wait a few minutes and refresh this page.

Get Involved in the Fight Against CF

Make a difference in the lives of the 30,000 Americans living with Cystic Fibrosis. Stay informed, raise awareness & donate today through the Cystic Fibrosis Foundation or The Boomer Esaison Foundation. Want to know what it's like to have CF? Watch this video.